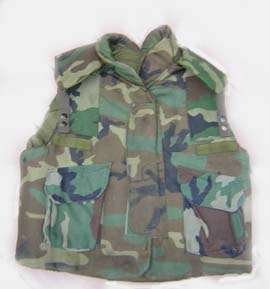 The vest of the Personnel Armor System for Ground Troops (PASGT) was the United States military’s standard upper torso body armor from the mid-1980s up until the early 2000s. Which then it was replaced by the Outer Tactical Vest. The PASGT vest replaced the M-69 Fragmentation Protective Body Armor used by the Army. Also the M-1955 Fragmentation Protective Body Army nylon and Doron Plate vest in use with the Marine Corps.